Konark- A trip back in Time 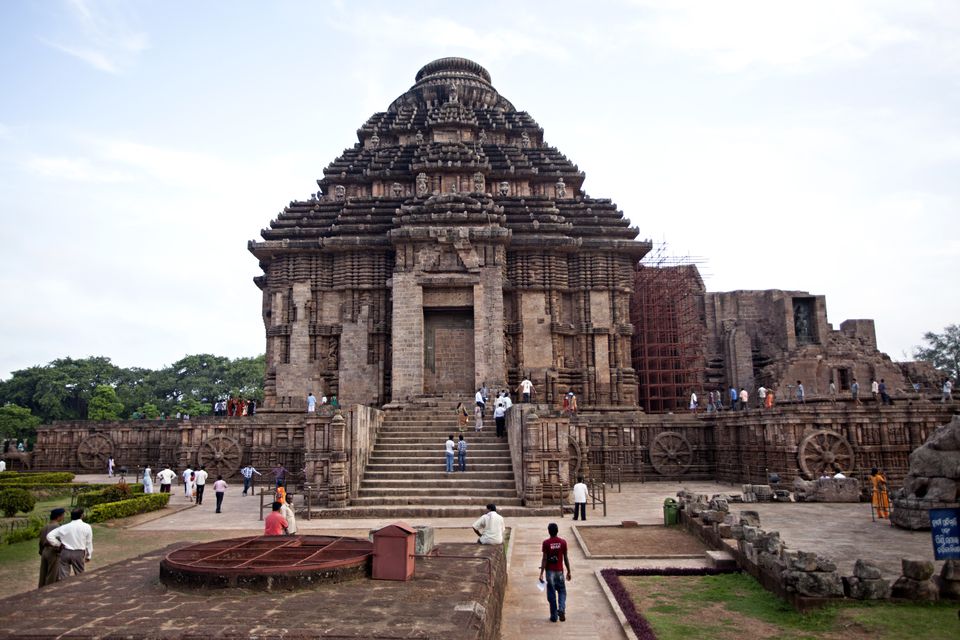 I have had the blessed fortune of visiting the Sun Temple at Konark 3 times in my life. The first time was when we alighted at Bhubaneswar back from a trip to Kolkata when I was a very raw youngster of age 22. The second and most memorable trip was back in 2003, when I was working in Bhubaneswar along with a group of friends, and the third time along with my wife, mother and daughter.

But for me the 2nd trip to Konark would be the most memorable and cherished one. I worked in Bhubaneswar for a year and that year is the most memorable one in my life. Bhubaneswar as a place would always hold a special place in my life, for its there that I got my first major break with a leading IT firm in India. And the place was quite close to my home town Vishakapatnam . My wife was staying with her parents as she was expecting in a couple of months or so. So I was all alone in Bhubaneswar with a group of colleagues and friends living the bachelor life to the hilt. Now while Bhubaneswar is a capital, its one of those places which is neither a city nor a small town nor a village, but something in between.

Feb 9,2003 quite a special date, for the World Cup Cricket was starting on that date with a match between West Indies and South Africa. And that was the day on which we made our journey to Konark and Puri. We were a group of around 6 people. One of the best pleasures of traveling with a group on your own, is that you can explore the places at your own leisure. Not like the package tours, where most of the time it’s a rush hour job, and you really don’t enjoy the trip. And we started our trip at 9:30 Am, the weather was cool and pleasant, perfectly right for the journey. Our first stop was at Dhauli a small hill outside Bhubaneswar, but the site of one of the most momentous events in Indian history. For on this very precise place was the Battle of Kalinga fought. The same battle which turned the violent, warrior like Chandashoka or Ashoka the Terrible into the pacifist, peaceful Dharmashoka or Ashoka the Just . This was also the site where Ashoka converted from Hinduism to Buddhism . All that you have of the fierce battle which changed Indian history, is a large open area, full of paddy fields and coconut groves. And yes the Daya River flowing placidly along. This was the same river that turned red with the blood of the victims of the war. As we stood, on the spot, we could feel the history under our feet, of the most violent battle ever fought in Indian history. There is a small hillock which contains a white Peace Pagoda or Shanti Stupa built in collaboration with the Japanese.

After we finished with Dhauli our car sped along the road to Konark. The road was fairly good but quite narrow. On all sides were lush green paddy fields, with small sleepy villages and dense coconut groves. We passed by the village of Pipli which is famous for it’s appliqué work. Even if you are not in a mood to buy, we had a look at the riot of color and the delicate embroidery. Every tourist bus halts there to allow people to shop. The art work is of a highest order, and it includes a vast range of products from pillow cases, beach umbrellas, wall hangings to hand bags, shoulders etc. But be prepared for some good bargaining and haggling. If you are ever on a trip to Konark, this is the best souvenir to take back to your home. From Pipli the road took a detour to Konark, and we again passed by many villages and green paddy fields. The road here was not that good, and at some places is quite narrow. While the natural beauty was soothing, the poverty and backwardness is too obvious to be missed. It always struck me as an irony, Orissa has some of the best natural beauty in India, the richest culture and a long and glorious history, yet it remains one of the poorest places in India and it’s people are often derided and made fun of. This was something I always felt sad about, I had wonderful experiences with my Oriya friends in Bhubaneswar and even with the local people there. They might have been poor and backward, but they were always helpful and open hearted and they certainly don’t deserve the sort of contemptuous treatment they get in the more prosperous parts of India. In fact I find it ironical that we Indians always complain of being treated as 2nd class citizens in the West, but we are no different when it comes to treating people from poorer states.

Anyway we were in Konark and the sight of the Sun Temple was just awesome. This 13th century temple built by King Narasimha Deva of the Ganga dynasty of Orissa is also nicknamed as the Black Pagoda . According to legend Samba the son of Lord Krishna was cursed with leprosy. He was granted freedom from this curse by worshipping Sun God on the eastern coast near Puri. The spot where Samba worshipped the statue of the Sun God , Surya is called as Konarka , Kona meaning corner and Arka meaning the Sun , so in effect the place means Corner of the Sun. As per another legend, the architect who constructed the temple had a vexing problem of aligning the dome in the proper place. The architect’s son found the solution to the problem, but it would have meant death for the craftsmen and dishonor for his father, so he sacrificed his life to protect the lives of others.

Legends apart, what blew away us as we walked into the temple courtyard was the architecture and conceptualization. To all those who think that anything Indian means backward, I invite them to take a look at this temple. Certainly no backward, uncivilized people could have produced this marvel of architecture. The entire temple is conceived as a chariot of the Sun God pulled by Seven horses, each horse representing the day of the week. These 7 exquisitely carved horses, are complemented by 12 wheels on either side representing the values of time, unity, completeness, justice, perfection and movement, and each of these wheels stands for a fortnight, that is a period of 2 weeks. Do you see the equation, 7 days, 12 months and 24 fortnight which make up for 1 year? Konark is not just a temple, but also the proof that Indian civilization was highly advanced in the field of astronomical sciences. Long before the West discovered that the earth revolves around the Sun, India already knew this fact, and not just the fact that the earth revolves around the sun, but also the divisions of time, and built a monument in it’s honor.

At the entrance to the temple we were greeted by Gajasimha , pair of lions pouncing on elephants. The local guides in Orissa have an explanation for this, that the lion represents Hinduism and the elephant represents Buddhism . After the death of Ashoka, many rulers spread Hinduism vigorously and it was during this time that Adi Shankara, started the revival of Hinduism in order to counter the increasing appeal of Buddhism . Orissa is one of those places which had a strong Buddhist presence, and the Hindu kings of Orissa indulged in encouragement of Hinduism to counter this. While the temple is slightly different from the standard Oriya temples, the basic features of the Orissa architecture are well preserved. The sanctum sanctorum was in ruins and in fact is closed to the public. The saying goes that the early rays of the morning sun used to directly fall on the deity. There is a plaque saying that Lord Curzon, the then British Viceroy, ordered closure of the sanctum sanctorum for repairs. Now again another delicious irony, of all the British viceroys, Lord Curzon was the most hated and seen as the most anti Indian, but he was responsible for the upkeep of many monuments in India. There are 4 different phases of Surya around the 4 sides of the temple, each representing the four stages of the day- dawn, morning, noon and evening. In fact during the noon, the rays of the sun fall directly on the sanctum sanctorum. Truly the temple is a wonder in all senses. The 39 meter high audience hall, the Nata mandir or the dance hall and the ruined temple of Chaya the Sun God’s consort are still there.

Blogger with a passion in movies, music,books and history. A techie by profession, and a writer at heart. Author of City of Victory a book on Vijayanagar Empire
View all posts by Ratnakar Sadasyula →
This entry was posted in Odisha and tagged Konark, Odisha, Sun Temple. Bookmark the permalink.

2 Responses to Konark- A trip back in Time