Poets and literature in the Vijayanagara Period – Annamacharya

Annamacharya is a household name within the Telugu sphere. This poet who lived in the fourteenth century endeared himself to scholars and commons alike through his immortal compositions dedicated to the Lord Venkateshwara of Tirupati. With the literary nature of his compositions ranging from a simple villager’s accent to that of acclaimed scholars, he was lauded as the Pada Kavita Pitamaha (Pioneer of ode style poetry) in Telugu literature 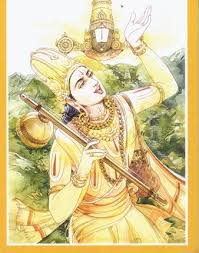 Born in the village of Tallapaka of today’s Kadapa (Cuddapah) district, Annamacharya belonged to a family of Nandavarika Brahmins. Legends have it that he became an adept in any skill that he chose to learn. According to the documented history by Tirumala Tirupati Devasthanams (TTD), he found his way to Tirupati as an adolescent, inspired by a trance like experience at a local temple.

His compositions are believed to have been patronized by Salva Narasimha Raya of the Vijayanagara Empire. For reasons unknown, the copper plates that had the compositions engraved on them remained out of reach for centuries with only memory of the common man preserving the legacy. The hidden storage chamber containing the literary treasure came to light in 1922 where around 2500 copper plates were found containing around 14,000 compositions of his lineage. 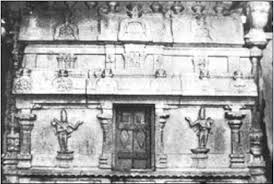 The Storage house where the copper plates are preserved

Annamacharya’s wife Taallapaka Timmakka (Tirumalakka) is believed to be the one of the first poetesses in literary Telugu as the composer of Subhadra Vijayam (Subhadra Kalyanam). His son Peda tirumalacharya and grandson China Tirumalacharya have also composed sankirtanas in the similar style and have written scholarly works.

The life of Annamacharya has been romanticised and depicted in popular media. I seek to explore a small part of his literary versatility in this post. I request the readers to forgive my translation attempts. They do no justice to the beauty of the original compositions.

The wide variety of his compositions made them dear to people of every sphere. Be it a lullaby, an ode describing cousins teasing each other, a fight between a mother in law and daughter in law, a temple car festival or a weaver selling sarees, each and every walk of the social and domestic life across all the sections of the society found a place in his compositions. Not only this, Annamayya had an uncanny way of connecting minute details of mundane life to divinity. According to TTD he had composed around 32,000 Sankirtanas out of which TTD’s archaeological wing was able to find and secure close to 12,000. Below are some examples that give a miniscule view of his literary versatility.

Most of Annamayya’s compositions in this category advocate a strong disdain for a hierarchical caste system. He considers the Lord Vishnu as the ultimate equalizer or even as the one who would favour a simpleton with undeterred faith over a scholar with bookish knowledge.

(Castes and the likes are of no use at all. Which caste did the likes of AjamiLa belong to?)

In this category of compositions, Annamayya chooses the vernacular language over the literary language. The songs are set to a rhythm that suits the traditional kolatam (daandiya).

(Don’t mock me with show of love, O Vishnu, and talk to me till my fatigue fades away. It is interesting to see the differed usage of the word ‘vetti’ at different places. Another noteworthy point is the usage of word ‘muriti’ which suits the vernacular of the commons in place of the Sanskrit word ‘Murti’)

(Dear women, do we know the real personality of Govinda Raja, the very majesty of the world heaped together)

(This is the gossip of the village of repalle/gokulam. Listen and take all of it now.  The song goes on to describe how each gopika boasts about her intimacy with Krishna)

(He is the weaver who trades sarees by the shade at each street). He compares Lord Vishnu to the weaver – Vishnu created the colourful universe from the five elements as the weaver weaves colourful sarees from the yarns of thread.

(Come here you daughter in law who knows no humility. Go away, you mother in law, have had enough of living with you). This is an endearing and hillarious fight between Goddess Lakshmi and Goddess Saraswathi.

Romance between Lakshmi/Padmavathi and Venkateshwara

According to TTD’s research findings, around close to 2000 compositions on the Sringara genre as against 360 compositions in the spiritual genre. Some of the noteworthy compositions have the poet playing the role of a messenger

(Hear out to the prayers of the Lord, O mother, he beseeches you for your assurance)

(Hari is calling out to you O Mother, what is the need for the curtain of separation between you now? Do away with it)

(You are the Chief Queen of the Lord of the Universe, O Mother. It befits you to enquire into the fairness in his rule)

Other devotional and spiritual compositions

One can deduce that Annamayya travelled to various temples around and out of the state of Andhra Pradesh. His compositions cover the deities of Kasapuram (Hanuman), Kadiri and Ahobilam (Narasimha) Pandharipuram (Vithala), Karaveera puram/Kolhapur (Lakshmi). He has a large share of Sanskrit compositions which are held in high reverence by scholars and misicians.

Words would of course fall short and a single blog post is too short to describe the greatness of this poet. The compositions have been made popular with many mainstream singers dedicating their careers for the purpose through Annamacharya Project of TTD. Sri Garimella Balakrishna Prasad, Smt Shobha Raju, Sri Parupalli Ranganath, Sri Veda Vyasa Ananda Bhattar, Smt. NC Sridevi, Smt. Shanti Venkatachalam are some among the notable names. Stalwarts like Sri Mangalam Palli Balamurali Krishna, Srirangam Gopala Ratnam and Smt MS Subbalakshmi have release albums of select compositions under the flagship of the project. 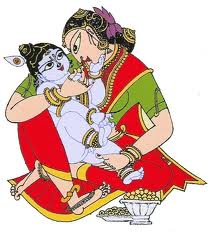 For more information on Annamacharya

7 Responses to Poets and literature in the Vijayanagara Period – Annamacharya