Posted on January 24, 2020 by Ratnakar Sadasyula 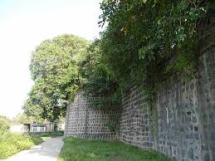 Tarapur is a small town in Palghar district, around 45 km from the Mumbai suburb of Virar. It is known for it’s nuclear power station, and the township around it. As also the Industrial complex there.  The town also has a fort, overlooking the small beach here, though it lies more or less tucked away in a corner, surrounded by lush greenery, covered with creepers. The fort is  more a destination for backpackers, cyclist. Not much of a tourist destination,good in a way though. However not many are really aware of the Fort’s history, and how it played a significant role in Maratha Empire.

On this date Chimaji Appa, the brother of Baji Rao, defeated the Portuguese forces and captured the fort here, a significant event in many ways. While many know about Baji Rao, not many have an idea about his equally great brother Chimaji Appa, who played a vital role on West Coast. Often overshadowed by his more famous brother, he was as brilliant and great a warrior.

While Baji Rao conquered most of the Deccan, Central India, Malwa, while it was Chimaji Appa who played the vital role in driving out the Portuguese from the Konkan, and restricting them to Goa and making it a Maratha stronghold. His greatest achievement was the Battle of Vasai, where he fought a 2 month long battle with the Portuguese , defeated them, in a series of conflicts, made them surrender, and ensured that the saffron flag would fly high over the Konkan up till Goa.

The first mention of  mention of Tarapur is sometime in 1280, when the ruler of Mahim, Bhim captured this from the Naiks. The Portuguese captured this area in 1553 and by 1556, they had managed to secure themselves well here. Being a trading center it was also one of the richer towns. The invasions by Abyssinian troops in 1559 and the Mughals in 1612 were repelled. And by 1634, Tarapur was one of the most important towns in the Portuguese occupied Daman territories, with a magistrate seat, garrison, the strong fort, a church, one of their main centers.

Tarapur had a strong garrison with a naik, captain,around 50 Portuguese, 200 native Christians( converted), well armed with swords, lances, guns. Having repelled the Abyssinian and Mughal invasions earlier, this was considered as one of Portuguese safe zones on West Coast. While Baji Rao was busy in his campaigns in the Deccan and Malwa, Chimaji Appa began to focus on the West Coast. He had earlier captured the Belapur Fort in 1733, from the Portuguese.

Belapur’s earlier name was Shabaz, it was built by the Siddis, later the Portuguese captured it. Chimaji Appa made a vow that if he captured the fort, he would place a garland of Bel leaves in the nearby Amruthishwar Temple. And that is how it got it’s currrent name. His strategy on the West Coast, was to start with the weak links( Belapur) and move slowly up to the stronger part( Vasai). After Belapur fell he turned his attention to Tarapur.

In 1739 Chimaji Appa led the attack on Tarapur Fort along with Ramachandra Hari, the Pawar brothers( Yeshwant, Tukaji), Ranoji Bhonsle and Baj Bevrao. Four mines were places, that managed to breach the fort walls at 2 points, enabling the Marathas to rush in there.  However the Portuguese put up a stiff resistance for quite some time, and an intense battle was fought with neither side giving much away. Until Ranoji Bhonsle scaled the walls of the fort in another part and diverted the garrison, enabling the Marathas to enter in.

After a stiff resistance, the Portuguese finally surrendered and the Marathas secured Tarapur fort. which would be theirs till the British captured it in 1803. The capture of Tarapur would lead to one of the greatest victories ever in Maratha history at the Battle of Vasai. Chimaji Appa’s conquest of the West Coast, is as great an achievement as his more illustrious brother’s campaigns in the Deccan and Malwa. His son Sadashiv Rao Bhau, was the one who headed Maratha army at Panipat.

It was not just Vasai, the Portuguese lost eight cities, four chief ports, twenty fortress, two fortified hills and 340 villages, to Chimaji Appa. The Vajreshwari Temple, was built by him as a thanksgiving to the Goddess after his victory at Bassein. In fact after Chimaji Appa won at Vasai, he collected 5 large bells, one of which he placed at Vajreshwari Temple. The other bells were offered to temples at Bhimshankar, Menavali near Wai, Omkareshwar and Ramlinga temple at Shirur.

Baji Rao and Chimaji Appa, two brothers who made the saffron flag fly high, one in the Deccan, Central India, another on the Western Coast.

Blogger with a passion in movies, music,books and history. A techie by profession, and a writer at heart. Author of City of Victory a book on Vijayanagar Empire
View all posts by Ratnakar Sadasyula →
This entry was posted in Indian History, Marathas, Medieval India, Peshwas. Bookmark the permalink.