Posted on November 5, 2018 by Ratnakar Sadasyula

My appeal to you therefore is that a man like this who is being charged with the offences imputed to him stands not only before the bar in this Court but stands before the bar of the High Court of History and my appeal to you is this: That long after this controversy is hushed in silence, long after this turmoil, this agitation ceases, long after he is dead and gone, he will be looked upon as the poet of patriotism, as the prophet of nationalism and the lover of humanity. Long after he is dead and gone his words will be echoed and re-echoed not only in India, but across distant seas and lands.

The bespectacled lawyer concluded his defense, after 8 long days, in one of the most intensely fought trials ever during the British Raj. The Alipore bomb case, where a number of Indian revolutionaries were tried on the charges of waging war against the Government. The trial was sparked by the assasination attempt of Douglas Kingford by the young revolutionaries Prafulla Chaki and Khudiram Bose. The defendant here was one of the prominent accused in the case, but acquited later after the trial, though his brother Barin would be deported to the notorious Cellular Jail.

The defendant- Aurobindo Ghosh, a firebrand revolutionary, who later became a spiritual thinker and founded the Ashram in Pondicherry. 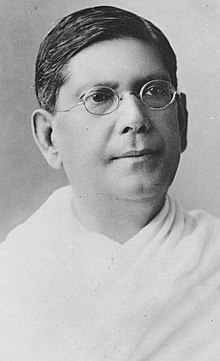 The bespectacled soft spoken lawyer, was none other than Chittaranjan Das, popularly known as Deshbandhu, mentor to Netaji Subash Chandra Bose and founder of the Swaraj Party in Bengal.

Chittaranjan Das was born in Vikrampur, now located near Dhaka, associated with the Pala empire and later the capital of the Sena rulers Ballala Sena and Lakshmana Sena. A small town in which such legendary figures like J.C.Bose, P.C.Mahalanobis were born, as also the revolutionary trio of Binoy, Dinesh and Badal. And was a center of learning and culture during the 12th century. He was born into a well off Brahmo family, to Bhuban Mohan Das and  Nistarini Debi on November 5,1870. His uncle was the prominent Brahmo social reformer Durga Mohan Das. His cousins included Atul Prasad Sen, noted writer, Satish Ranjan Das who founded Dehradun’s iconic Doon School, noted educationist Sarala Roy and social reformer Abala Bose. The former Chief Minister of Bengal, Siddartha Shankar Ray, was his own grandson. The Das family of Telirbagh, at Vikrampur to which he belonged was one of the more prominent ones.

He was married to Basanti Devi, daughter of a diwan in Assam, working for the British, and she would later carry on her husband’s work, after his death. In fact along with her sister in law Urmila Devi, she became one of the first women to court arrest during the Non Cooperation movement in 1921. Affectionately called as Ma, by other freedom fighters and revolutionaries, she especially had a very good bonding with Netaji.

A student of Presidency, he  was influenced a lot by the writings of Bankim Chandra Chatterjee, and led the Students Association. Coming from a family of lawyers, he  went to England to study Law, and  was admitted to the Bar in 1892. He made many speeches in England, most famous being supporting Dadabhai Nauroji in his election to House of Commons. It was during this time, he became good friends with Aurobindo Ghosh and Sarojini Naidu too.

On his return to India in 1893, C R Das began to practice Law, but for the major part it was more or less a struggle for him. In fact at one stage,his  family was in financial troubles, and they actually had to claim insolvency. However he managed to clear the debts, and just when his law carrer seeemd to have taken a turn, he quit it in 1894, to plunge into the freedom movement. His most famous case would be that of the Alipore Bomb case during 1908-09, where he defended the revolutionaries, convicted of waging war agains the Government.  Even though he was not in the best of health, he went all out to defend Aurobindo Ghosh in court, and managed to get him accquited. The bonding between Chittaranjan Das and Aurobindo, went much deeper, when the latter was in financial trouble, he helped him again.Again when Aurobindo was in need of money in Pondicherry, it was Chittaranjan Das who helped him, asked him to translate his book of poems Sagar Sangit into English, for which he was paid.

He was also actively involved in the foundation of the Anushilan Samiti, along with Pramatha Mitter. And during the Non Cooperation movement in 1921, he was the main leader in Bengal,  leading the ban on foreign clothes. He walked the talk, by discarding his own Western dress for Khadi. He founded a newspaper called Liberty, and became the first mayor of Kolkata.  When the Prince of Wales visited India in 1921, he was the one who organized the boycott in Kolkata of his visit. Though an admirer of Mahatma Gandhi, he differed with him strongly over the decision to suspend the Non Cooperation Movement due to the Chauri Chaura incident. He ultimately quit the Congress in 1922, due to his differences with Gandhi, over the entry to the Councils.  While Gandhi was firmly opposed to any entry into the councils, Das felt he could better influence the British Government by being part of it. Again much like in the case of Netaji, Gandhi ensured C.R.Das motion on No Council entry was defeated by his own group. Along with Motilal Nehru and Chintamani Kelkar ,he founded the Swaraj Party in Bengal. Among other leaders in the party were his protege Netaji and Vittalbhai Patel. They contested the Council Elections hoping to block or make the Government repeal, what were patenly unjust laws.

Chittaranjan Das emphasized the need for rural development, education in vernacular medium.  A believer in women’s education and widow remarriage, his daughters had an intercaste marriage. An excellent poet he published two collections of his poetry Malancha and Mala and translated Aurobindo’s Sagar Sangeet( Songs of the Sea) into English. However the strenous work took a toll on his health and in 1925 , he went to Darjeeling to recover.  Staying at the home of S.N.Sircar, called “Stay Aside”, he passsed away due to severe fever on  June 16, 1925. His funeral in Kolkata was attended by around 3 lakh people. 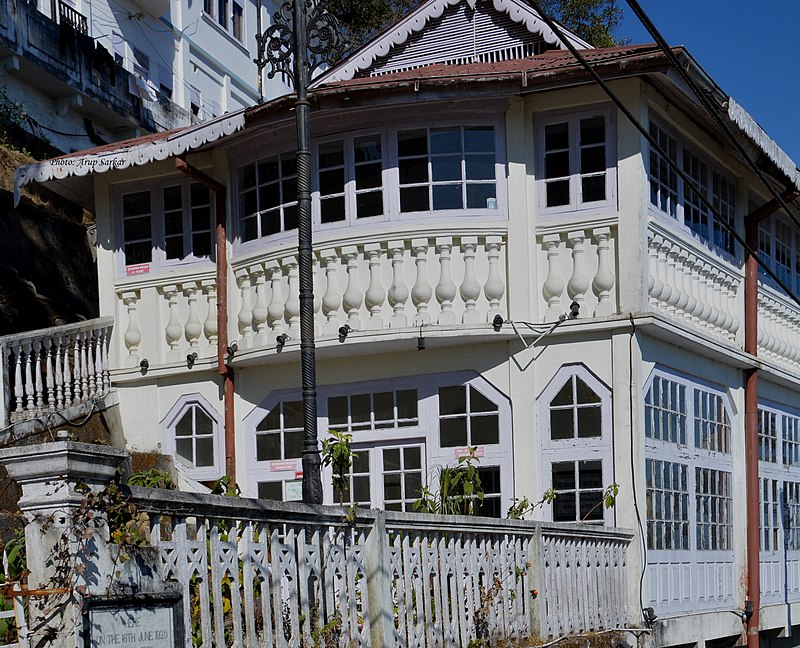 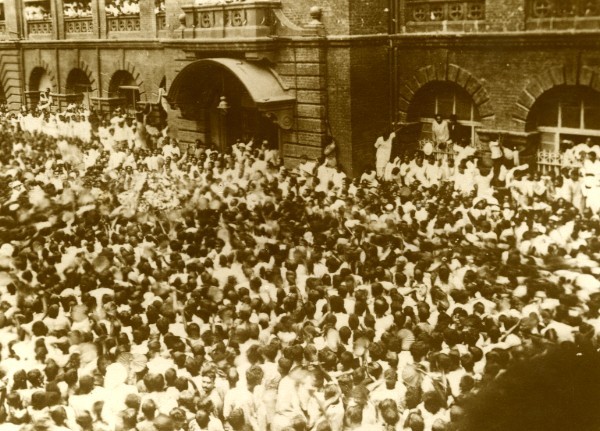 Mahatma Gandhi who led the funeral procession, had this to say about him.

Deshbandhu was one of the greatest of men… He dreamed… and talked of freedom of India and of nothing else. When I left Darjeeling I left much more that I had ever thought before. There was no end of my affection for Deshbandhu and my warm feeling for such a great soul

Looking at the massive gathering and the spontaneous outpouring of emotion Rabindranath Tagore, penned the following couplet, while Netaji Subash Chandra Bose, called his death as a great calamity for the nation.

I am a 40 year old Blogger with a passion in movies, music,books, Quizzing and politics. A techie by profession, and a writer at heart. Seeking to write my own book one day.
View all posts by Ratnakar Sadasyula →
This entry was posted in Bengal, Bengal Renaissance, Indian Freedom Struggle, Revolutionary Movements. Bookmark the permalink.