In a week from now, on May 9th we celebrate the birth anniversary of the legendary Maharana Pratap.  A warrior whose name has become a synonym for bravery, courage, and a fiercely independent spirit. When other Rajput rulers were surrendering to the Mughal emperor Akbar, there was one man who refused to do so. Today we really do not know the names of those who surrendered to Akbar, but we still remember the one man, who did not. Rana Pratap, the hero who took on the mighty Mughal Army, at Haldighati, and who gave them no peace till his death. This post is however not about Rana Pratap, it is about the region called Mewar, and the proud citadel of Chittorgarh.

To understand Rana Pratap’s fiercely independent streak, one must know about Mewar, a region that prided itself on it’s resistance to invaders since centuries be it the early Arab armies or the Mughals later. Rana Pratap is the more visible and prominent symbol of a legacy, that has seen such heroes as Bappa Rawal, Veer Hamir, Rana Kumbha and  Rana Sangha.   A legacy that saw some of the fiercest resistance to Muslim invaders be it Allaudin Khilji or Akbar later on. “Garh to Bas Chittorgarh Hai, Baaki Sab Garhaiya Hai” so goes the saying in Rajasthan. Which loosely translated means –“Only Chittorgarh is a fort, the rest are mere fortresses”.

Technically speaking, Mewar primarily covers the south Western region of Rajasthan, bordering Gujarat and Madhya Pradesh. Consisting of the districts of  Bhilwara, Rajsamand, Chittorgarh and Udaipur,  it is flanked by the Aravallis in the North West, and the southern region is mostly hilly, dotted with forests.

The region’s rather rugged landscape could have played a role in shaping the spirit of it’s rulers, and people a tough, never say die, independent streak.  Ecologically this is one of India’s most important regions, being a part of the Kathiawar-Gir ecosystem, and containing wildlife sanctuaries like Kumbalgarh, Sita Mata, Bassi and Jaisamand. The rugged terrain consisting of  valleys, hills,mountain passes and forests, provided the backdrop for some of the fiercest resistance to the Delhi Sultanate and later Mughal rule. While the massive fort of Chittorgarh, and the sweeping grandeur of Udaipur, mark the region’s most visible landmarks, it has some other memorable landmarks. The huge fort of Kumbalgarh with it’s Great Wall of India, the crafts village of Shilpagram near Udaipur, the temples of Eklingji and Nathdwara,  the Jain temples of Ranakpur are equally prominent landmarks too. Apart from Rana Pratap, and the Ranas, the region has been home to two remarkable women- Meera Bai, the poetess and devotee of Krishna, one of the foremost icons of the Bhakti movement, and the brave, noble midwife Panna, who sacrificed her own son for the future of Mewar. 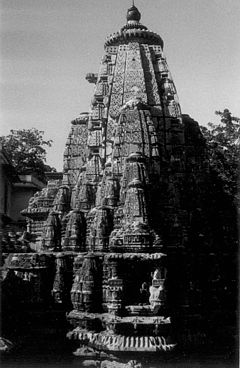 The region was originally called Medhapat, which in due course of time, became corrupted to Mewar.  The patron deity of the region is Eklingji,  one of the oldest temples dating back to the 10th century built by the Guhilas.  Located near Udaipur, the current temple was rebuilt on the ruins of an earlier temple and is famous for it’s 4 faced image of Shiva in granite.  To date the ruler of Udaipur, visits this temple every Monday and he considers himself as the Dewan here. Shiva is also referred to as Medhapatheshwar, the ruler of the Mewar region.

The history of Mewar dates back somewhere to the 2nd century AD, when a certain Kanak Sen hailing from Kosala, migrated to Saurashtra.  His descendants, established the city of Vallabhi, now located near Bhavnagar in Gujarat.  The city was the capital of the Maitraka rulers, who expanded their territory all over Saurashtra as well as the Southern part of Rajasthan. Sometime in 770, when Vallabhi fell during the Arab invasion, the Maitraka queen, Kamalavati handed over her new born son to a Brahmin woman and committed Sati after her husband Shiladitya was killed in battle. The new born was named Grihaditya, also called as Guhil, one born in a cave, and he grew up in Idar( now in the Sabarkantha district of Gujarat).  He lent his name to the clan Guhilot which in due course of time, became better known as Gehlot. For a major part, the Guhilots supported the dominant Pratiharas  and Chauhans against the early Arab invasions.  While they initially ruled from Idar, they had to abandon it and later a new capital was established at Nagada( now located in Ujjain district of Madhya Pradesh).

The actual founder of the Mewar kingdom was Bappa Rawal, the son of Mahendra II, the last surviving Gehlot ruler of Nagada.  His real name as Kalbhoj, and though he belonged to the Gehlot clan, he never used that family name. Instead he established a new dynasty called the Rawals, after the area he had conquered.  Though born to a royal chieftain, he grew up near the hills of Nagada. Living as a shepherd,  it is believed he was blessed with Harita Rishi, that he would be the king. While his father was of the Gehlot clan, his mother belonged to the Paramara clan, and was the sister of Maan Mori, the Paramara ruler of Gujarat. While the Gehlots, claimed themselves as Suryavanshi Rajputs, the Paramaras on the other hand, identified themselves as one of the four Agnikula Kshatriyas( born from fire). The others being Chauhans, Parihars and the Solankis.

Bappa Rawal, would however earn his fame due to his exploits in the famed Battle of Rajasthan.  Primarily fought during the 8th century AD, the Battle of Rajasthan was a series of wars between the Rajput clans the invading Arab armies from Sindh. Uniting the smaller states of Ajmer, Jaisalmer, Bappa Rawal created a powerful alliance, that repelled the Arab invasion. Mohd Bin Qasim who practically overran Sindh, and defeated it’s ruler Dahir was forced to retreat thanks to Bappa’s aggression. In fact Bappa pursed Bin Qasim, back, through Saurashtra right up to the western banks of the Indus. Not content with that, he marched right up to Ghazni( now in Afghanistan) and defeated it’s ruler there.  He not only repelled the Arab invasions, but managed to expand his territory right up to Ispahan in current day Iran, and covered vast swathes of Afghanistan. After his conquests and a reign of 20 years, he abdicated the throne in favor of his son, and became an ascetic.

Post Bappa Rawal, not much is really known about the successive rulers, though there was Bhatribhat I, who formed a loose confederation of sorts with other Rajput rulers. The last ruler Allat Singh was forced to move to Ahar, in the mid 10th century, abandoning Chittorgarh.  Ahar now located in the Bulandshahr district of Uttar Pradesh, served as the capital of the Gehlot rulers from 971 AD to 1172 AD. However constant Muslim invasions, meant the last ruler at Ahar, Kshem Singh had to move his capital to Dungarpur in Rajasthan.

The actual royal lineage of Dungarpur was established by Mahup, the elder son of the 12th century Mewar ruler Karan Singh. Apparently Mahup was disinherited by his father, and took refuge with his mother, who belonged to the Bagar clan of Chauhan. Mahup took the title of Maharawal,  and fought many a battle with the Bhil tribals there, to establish his position. Incidentally Dungarpur is believed to have been named after a Bhil chieftain, assassinated by Mahup’s successor Rawal Bir Singh in the 14th century. One of the more famous rulers of Chittorgarh was Rawal Ratan Singh, a brave and valiant warrior, whose wife was the legendary Padmini. Drawn by her beauty, the Delhi Sultan Allaudin Khilji led a long drawn out seige of Chittorgarh.  Faced with imminent defeat, Padmini and other women in Ratan Singh’s harem committed Jauhar, the first ever one, rather than submit to a life of slavery in the Sultanate harem.

In subsequent posts will be looking at the rise of the Sisodias, and the emergence of the Ranas of Mewar.

I am a 40 year old Blogger with a passion in movies, music,books, Quizzing and politics. A techie by profession, and a writer at heart. Seeking to write my own book one day.
View all posts by Ratnakar Sadasyula →
This entry was posted in Medieval India, Mewar, Rajputs and tagged Bappa Rawal, Mewar, Rajasthan. Bookmark the permalink.

4 Responses to Mewar Chronicles- The beginning